Tambourine Addict Who Plays The Drugs 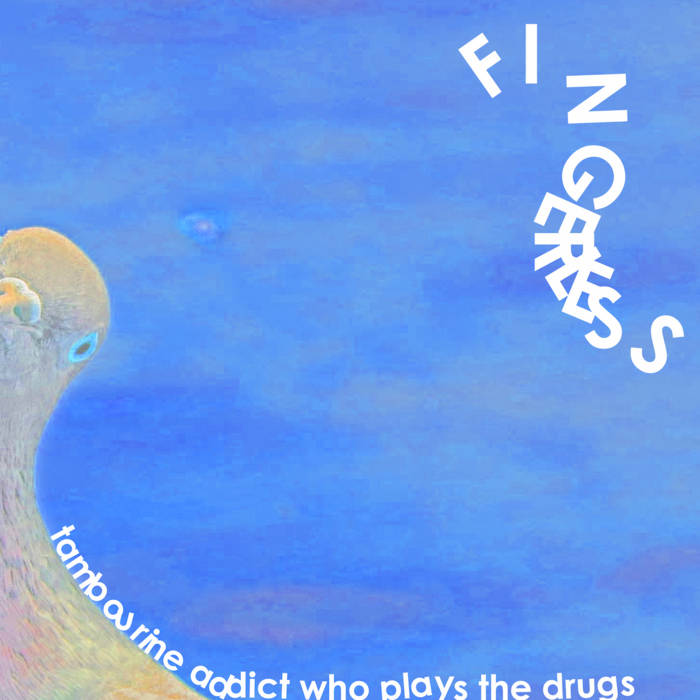 'Tambourine Addict...' is Fingerless' most focussed and harmonious release yet. Thematically, it's about trying to understand why one needs to spend time alone. Is it a dopamine thing? Can our complex behaviour really be reducible to objective chemical reactions? Time in solitude gives you time to think and space to breathe, music can be a great aid in that.

Titled in reference to the tambourine player from The Brian Jonestown Massacre, Joel Gion, the song also touches on drug use and loneliness, but not necessarily in a negative way. Feeling alone and using drugs as a crutch is not good, obviously, but giving yourself time and space to feel emotions and think through them is better than ignoring them completely. It’s a dangerous thing; suppressing strong emotions and pretending you’re ok.

In terms of recording, singer/guitarist Marc Cheeseman says, "We wanted this recording to sound like our live performances, not an overproduced, technically-accurate studio recording. So we recorded the backing track live with no click track, and then just overdubbed the vocals. We also sneakily added some acoustic guitar for extra “vibes” maaaaan. For vocals and the acoustic guitar we used a Neumann U47, similar to the mic that Frank Sinatra and The Beatles used. I was really happy about using that mic. It’s the prettiest sounding (and most expensive!) mic I’ve ever been able to use."

The track was originally recorded in 2009 (and appears on the album '5:18'), when Fingerless was a vehicle for Marc's solo psych-folk musings. It perhaps evokes the theme of solitude more directly, being that Marc was alone in his bedroom recording the song, which is atmospherically very present in the recording. However, when the lineup expanded to a quartet in late 2017, it was the first song that they jammed on and instantly sounded huge, taking on a life of its own and quickly became a crowd favourite at live shows.

I lock out the night, draw the curtains closed.
Hold the windows tight, hope the latches hold.
See reflective light, these unspoken words ring, through my mind.

Forget your fright, for it won’t last I’m told.
Sort out your mind, let the night unfold.
Fuzz and delight, and trips into the cold, fool my mind.