by The New Buzz 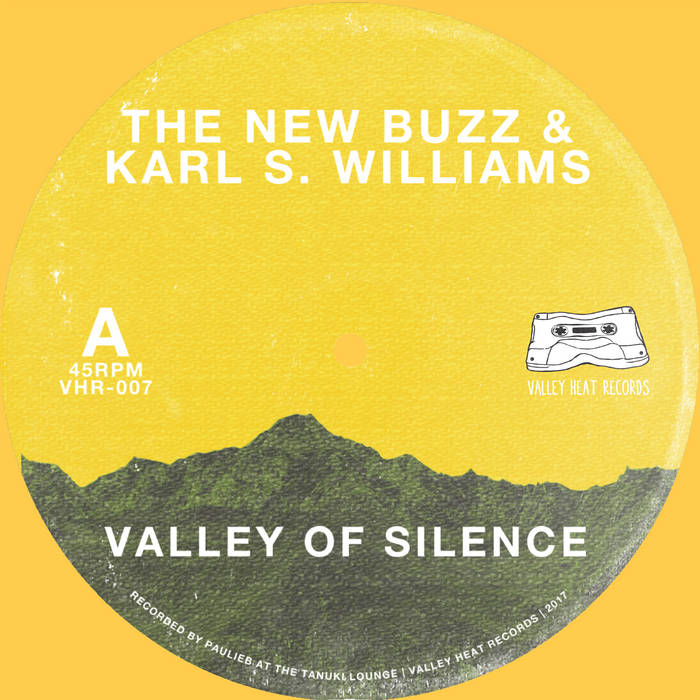 After setting dance floors ablaze with their debut 7" release 'Like We Used To' earlier in the year, Brisbane funk collective The New Buzz return with a soulful slow jam featuring the alt. country styling's of crooner Karl S. Williams. 'Valley Of Silence' is equal parts heartbreak and elation, with the band laying down a deep, sombre groove for Karl to tell his tale of weariness by.

Made up of Brisbane's funkiest soul brothers: Paul Watson, Paulie B., Sunjay Jude, Grim Tilla and Joel Alexander, the collective delivers its second serving of delicious funk and soul with a single that boasts a brooding, fuzzy soul ballad up front and a psychedelic funk strut-inducer (Brisket Bits) on the flip.

Having cut this new jam, The New Buzz sent it around to a few choice vocalists to see what they could do with it. When Karl sent back his take, it was unquestionable that the recording needed to be on vinyl.

Drawing inspiration from The Stanley Brothers and the hymn The Lord’s My Shepherd, in particular the line, “He leadeth me, the quiet waters by,” Karl had most of the lyrics used in the song already written, lying dormant in a dusty old notebook.

Upon ruminating on the instrumental for a time, Karl found himself singing the lines, “I’m going down, to the valley of silence.” It fit so well with the verses already penned in his notebook that he decided it was meant to be. With some additional words written for the chorus, the final result is a lyrically thoughtful, musically moving four and a half minutes.

Recorded, Produced, Mixed and Mastered at Tanuki Lounge by Paulie B.

Guest hosted by Tamar Osbourn aka Collocutor and Toshio Matsuura.